Part of any railroad memorabilia collection there most likely will be railroad lanterns in it.  This could be a great side business since it can attract a wide variety of buyers.  So I decided to learn more about this category.  There is a lot to learn and I’m going to share what I found out.

Railroad lanterns, not to be confused with railroad lamps which were stationary fixtures on the train, are a look back into American history.  They were used in several ways by those working on the railroad.  Inspections, communications and recognition of employees to name the few duties this tool was used for. 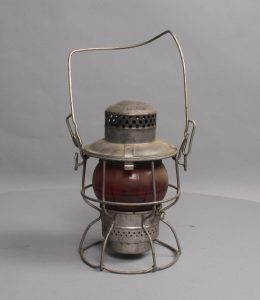 important information was needed.  They were used to communicate from the train to line man, between cars on the train and more.

Another use was for inspecting a train and those lanterns are somewhat different.  They were the “flashlights” with a focused lens compared to round globe of signal lanterns.

The Different Types of Lanterns

Next let’s take a look at the type or designs of the lanterns.  This is important for a couple of reasons, the design will give you an idea of the time period it was manufactured and the potential value starting point.  I say starting point because with all collectibles other factors weigh in on determining the value.

Designed in 1865 by inventor William Westlake, tall globe lanterns took the place of fixed globe lanterns during the 1870s because they burned longer and their taller globe was easily removable. Used until World War I, many of them have survived, but certain models in good condition can still command high prices.

After World War I, short globe lanterns became popular because they burned kerosene, which gave off a brighter glow than oil. These were used until the 1960s, so large numbers have survived. While they’re highly collectible, they’re not as valuable as older models. This makes them ideal for beginning collectors, as well as for collectors on a budget.[1]

Mentioned above these lanterns were used by crew members to inspect the track, train and other issues.  Made from sheet metal they are easily recognized as different then those above.

These lanterns were used in a harsh environment and should have some ware-n-tare.  Key things to look for is any replacement work that has been done.

The globe: A lantern with the original globe still intact will be more valuable then one that has a replacement.

The Handle: Has that been replaced?  Look carefully for repair marks or compare the model to a known picture to help determine this.

The Cap: Is the cap the right one for the model and is it stamped.

All these things will determine the value, I’ll go more into what to look for in Part III of this series. 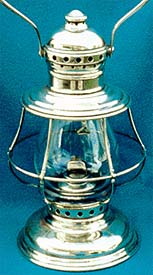 These were given to conductor’s for a job well done.  They were not exposed to the harsh working conditions as those above. Which means you should find them in a lot better condition.

“As conductors had the highest status of any crew member on a passenger train, their lanterns were the fanciest, often with nickel or brass plating and ornamental lettering featuring the conductor’s name. The globe sometimes even had two colors for an added decorative touch.”[2]

I’ll take a look at the manufactures and the rail lines they supplied.  With some details on how to identify them and how to determine if it is a good bargain.

Until next time get out there and find some treasure! 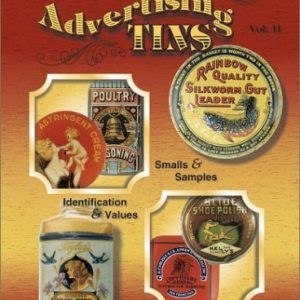